The Power of Causing and the WOW of the Effect

This simple plop sparked the empowerment of causing and the amazing "WOWS!" of the effect.
This double layered, nonwoven, plastic backed dropcloth is loaded with potential for learning through cause and effect, trial and error, independent thinking, problem solving, imaginations and is just plain fun!

Sometimes we forget that empowering children is really so simple.  At times, it's as easy as adults stepping back in order for children to own failures, discoveries and try their self created ideas.  Let them cause things to happen.  Let them marvel in the effect and express their excitment in words.


I've said it before, TIME launches so much learning!  Plop something interesting, then step back, observe, let children ask for what they need, let one thing lead to another and give them TIME.

After the drop cloth was fully saturated, the idea popped into my head of using papertowels to make a print of the colorful effects.

The children were simply enthralled with the process of pressing their finger, one at a time at first, on the papertowel covered drop cloth and watching the color soak through. 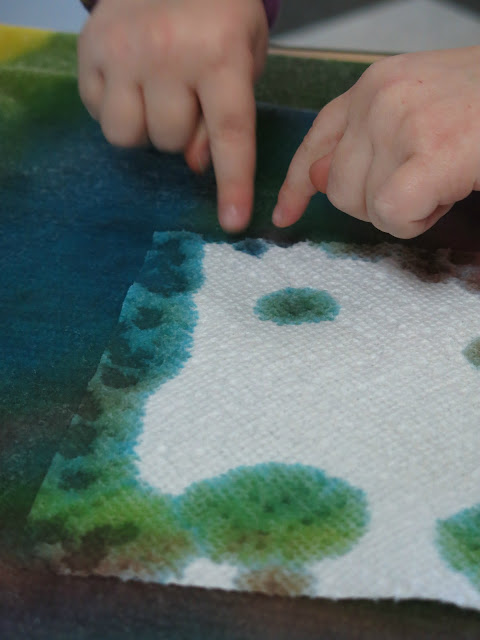 As usually happens when children have time and freedom...one discovery lead to another.
This seemingly simple action of Jack's was a game changer and opened up the learning potential of the dropcloth that I had not seen coming! 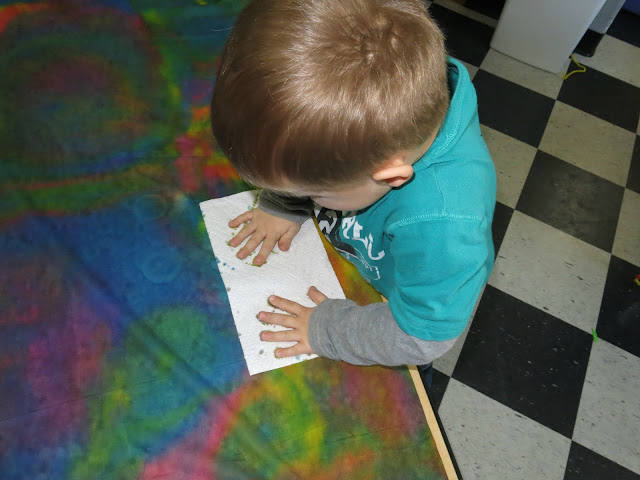 ﻿
Suddenly the dropcloth plop became a scientific playground.  Full of little scientists testing and comparing results, only to test again just to see if the results are the same.  Objects were gathered from around the room as these naturally curious minds worked diligently at hypothesizing and exclaiming "WOW!".  If Jack's hands show up on the paper towel...WHAT else will too!!! 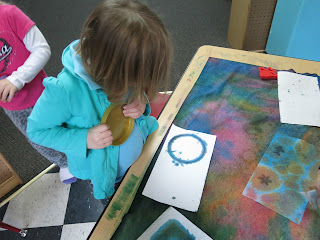 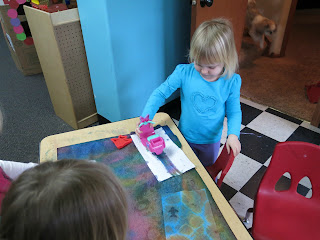 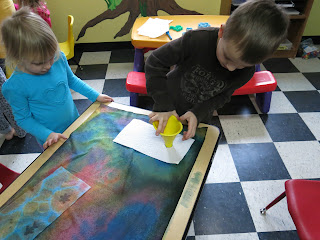 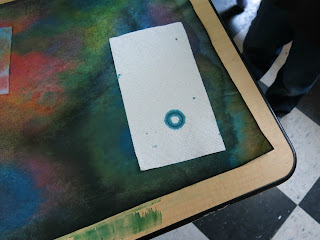 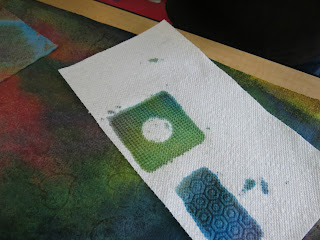 I get asked a lot how I set up my plops.  This is one way that works, I have several different plops.  Two that were familiar and this one that was a brand new one.  The carpeted space (which you cannot see in this pic) was left for my crew to do as they pleased.  No specific plops or intentions (other then the empowerment to control their own choices) were set up. 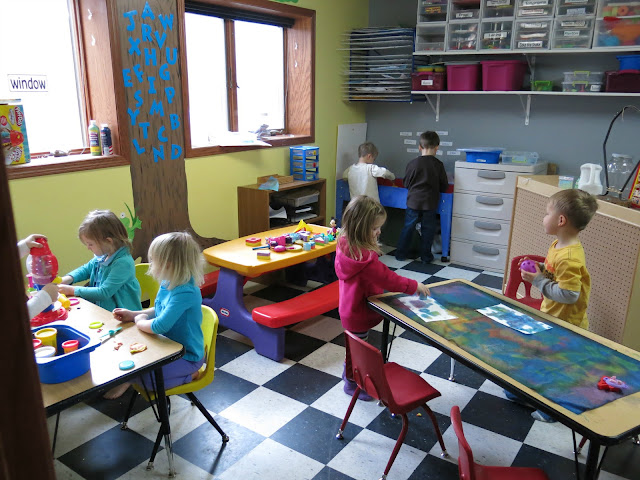 Let the children in your program feel the power of causing.  Let them enjoy the WOW of the effect.  Just step back a little.  (note: stepping back does not mean running to Starbucks for a coffee) Step back, and let learning happen.  Try not to show, rather, enhance by adding what you think might take the play to another level (example:  I added the paper towel), but then step back again, and see where the children lead you.  Give the power to young children, let them be in control while you relax and soak their amazing minds in!

PLAY COUNTS!
Posted by Denita Dinger at 11:50 AM