What Child-led Means: An Empowering Story about a Quarter and a Dime and So Much More

In my 19 years as an early childhood professional, I have learned what it DOES NOT mean:

It does not mean that the interests of children are considered when a teacher writes up their lesson plans (that will be strictly followed), complete with prescribed objectives and outcomes.

It does not mean letting the children lead until the schedule says it's time for learning.

It does not mean letting children choose the color of paint they would like to paint the fish that was cut out by you and fits perfectly into your underwater theme of the week.

It does not mean that the theme of the week, which all children must participate, is dinosaurs because three out of ten children love dinosaurs, therefore it's a child-led theme.

I have learned what it DOES mean:

To borrow the words of Bev Bos, child-led simply means

"The children are the curriculum".

The CHILDREN are the curriculum in a child-led program.

The job of the teacher in a child-led program is to set their adult-expectations aside, and follow the lead of the children.  The job requires teachers to go above and beyond to meet children WHERE THEY ARE and scaffold from there  Teachers in a child-led program must have a solid  understanding that each child is in their own, unique place and there is NO SUCH THING as "one-size fits all" in early childhood education.

When all of the above is done correctly, learning can be and usually IS, as beautiful as this story:


Oliver's mom taught him a new skill: how to make paper flowers.  From that skill came the realization that he could make fans.

About an hour into our time together this morning, Oliver helped himself to the construction paper, and began to make fans.

It was clear that he was quite proud of this new skill of his.  Through my quiet observations, I noticed he had developed some techniques that were quite impressive.  This is a child, who, upon starting in my program in the fall of 2014, could not stay focused on a task to save his life.  His thoughts were everywhere, and his body was a tornado.  So to watch him now, develop a plan, execute that plan and stay focused throughout all of the steps, is hugely rewarding.

Through all of his progress, I remained beside him.  Scaffolding as necessary, coaching when needed and lovingly following his eclectic and amazing mind. 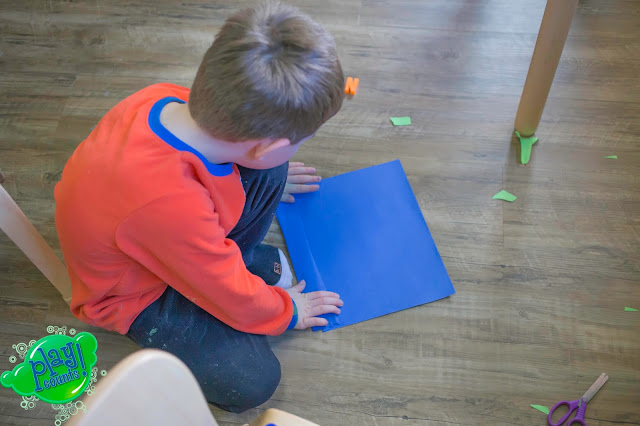 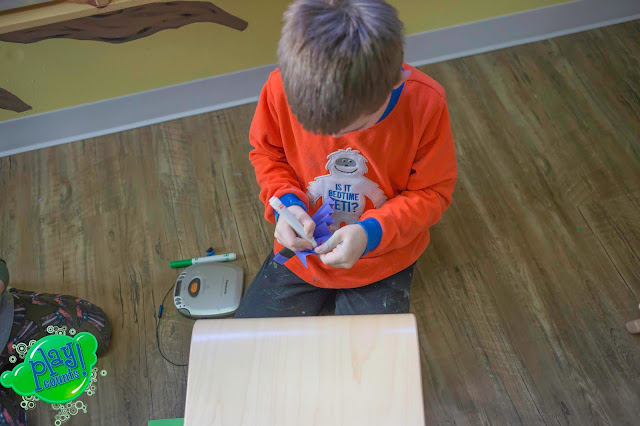 After a good 30 minutes of fan-making, Oliver had an impressive collection of handmade fans sitting before him.

"Oliver?  What is your plan with your fans?"
Shrugged shoulders
"Well.. what are the possibilities?"
He and I then went back and forth dreaming up possible things he could do with his fans, and then I said "or your could sell them."

At this moment Bennett approached Oliver and asked if he could have one of his fans.  Oliver politely let him know that these were not something you could just have, these fans were FOR SALE.  And then Oliver added in a quick "For real money.".

Bennett looked at me and I said "Yep.  Oliver is selling these beautiful fans.  So when you go home tonight, get a quarter out of your piggy bank and bring it to school tomorrow."

Oliver piped in "A quarter?  No.  I was thinking more like two dollars."

Bennett replied "I don't have any money.  I have a wallet though."
Oliver's eyes widened "YOU HAVE A WALLET?"  And then a conversation began all about wallets.

This is where the teacher's role in a child-led program is SO IMPORTANT.  While the boys were side tracked with their conversation about wallets, I grabbed my phone and quickly texted all of the parents in my program.  I informed them that Oliver had been diligently working the majority of the morning on paper fans that he is selling for a quarter and a dime, so, if they are so inclined, and happen to have a quarter and a dime handy, Oliver would be SUPER empowered if they bought a fan.

I then said "Oliver?  Do you want to set up a shop in the entry way for when the parents come to pick up?  Maybe they would buy some fans?"

And so Oliver got to work writing his own sign (my program is based on MEANINGFUL LEARNING.  The children write WHEN THEY HAVE A REASON to write.  And that reason is NEVER just because it says it's "writing time" on our schedule.  In fact, our schedule is simply: "PLAY.")

He grabbed a bucket for his fans, and went to the entry way to set up his shop. 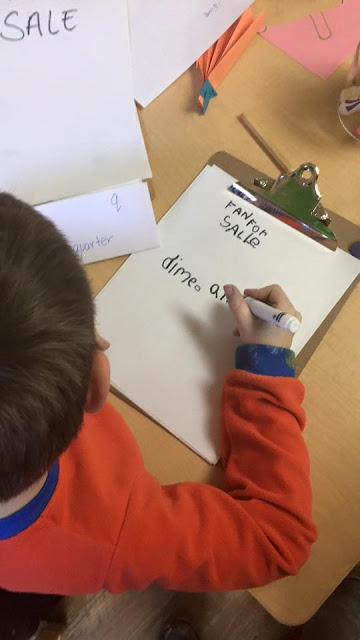 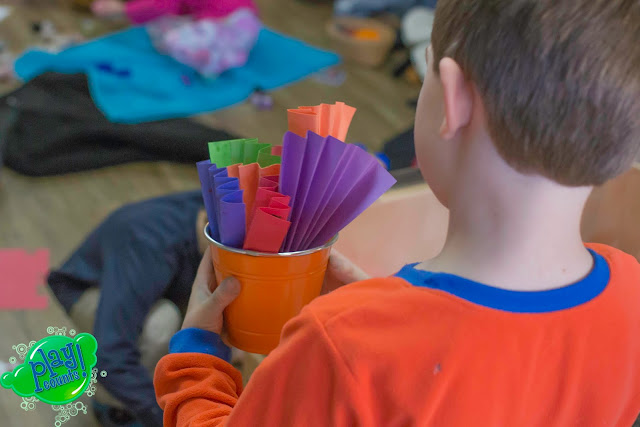 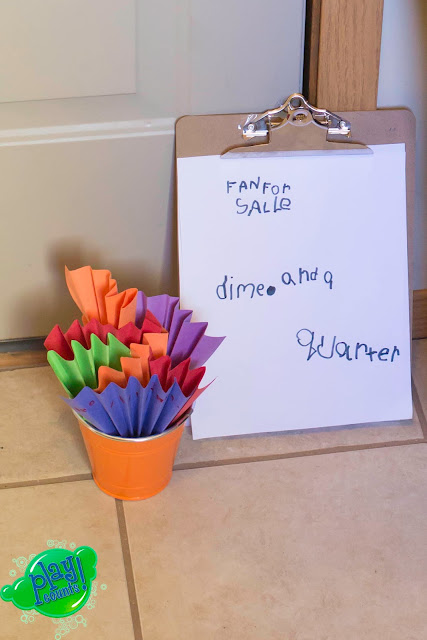 The first few parents that arrived did not have any money to buy a fan, Oliver came back inside, all deflated.

I said "Well...how many parents are here?"

"Oliver!  Go back out there!  There are a lot more parents yet to come!  Sometimes moms don't have any change, but SOMETIMES...they do!  You don't want to miss the opportunity!"  He begrudgingly headed back to the entry way.

About two minutes later, Oliver came BURSTING back into the room.  He was BEAMING, and in his hand was a quarter and a dime.  "I SOLD ONE! I SOLD ONE!  LOOK! LOOK!"

In the end, Oliver sold all but two fans.  He took home a handful of cold, hard cash.... but most importantly, he took home an EMPOWERED SELF.

I thank God every single day that I finally figured out what "child-led" TRULY means.  I am so grateful I was able to throw away my teacher-controlled lesson plans and trust children to lead me.

Denita Dinger is a popular keynote speaker, trainer and consultant on the topic of transitioning from a teacher-led philosophy to a play-based, child-led one.  Denita's presentations are REAL, humorous and inspiring.

Denita is the co-author of three books:  "Let them Play:  An Early Childhood UnCurriculum", "Let's Play" and "Let's All Play".

To book Denita for your upcoming conference or to spend a few days coaching your staff, contact her at playcounts.denitadinger@gmail.com.