The Day I was Led to Crow Bars

Something I didn't grasp when I was a prescribed-lesson-plan-following-teacher is this whole idea of following the lead of children.

Wasn't it my job to be the leader?

Wasn't it the children who should be following ME, so I can teach them, and they can learn?

How will they ever learn anything if they are leading and I am following?

Those of you who are familiar with me, or have heard me speak, know my story.... and you know my journey from leading children to following them did not happen overnight.  It was a long journey full of AHA MOMENTS; moments where it was loud and clear that my lesson plans were NOT filled with as much meaningful learning as where my children were leading me IN THE MOMENT.

Enough aha moments have occurred that I have completely changed my philosophy.   My program is now TRULY child-led.  My plan, is no longer "mine", rather it is "ours".  Our plan for tomorrow is unknown until today happens.  "Our plan" simply means how I will set the environment, not what the children will do in the environment.... that is completely open to their unfenced imaginations.

Because of the drastic change in my philosophy, moments like this are a regular occurrence in my program:

Last week, the "Home Alone"-loving-six-year-old-student in my play school said the following:

"Denita?  Will you get me a piece of pvc pipe?"

My "go-to" reply for such a request is always:

"What is your plan?"

"I can't wait to see how you will create that!  Let me go see what I can find."

I returned to the classroom carrying the first pvc pipe piece I ran into, a roughly 3 ft. long piece of 1/2" pvc pipe.

Oliver looked at it and said, with a smidgen of disappointment, "Oh.  I didn't know crowbars were ever this big."

"You know what, Oliver?  I don't know if they are ever that big either.  Let's do some research."

So he and I grabbed my phone and I Googled "crowbars" and selected "images".  Up popped all sorts of images of crowbars (including a cartoon of crows sitting at a bar).  It was at that moment that it dawned on me that we had a crowbar out in the garage!

"Oliver!  How would you like to use a real crowbar?"

I quickly returned with a REAL CROWBAR in my hands. 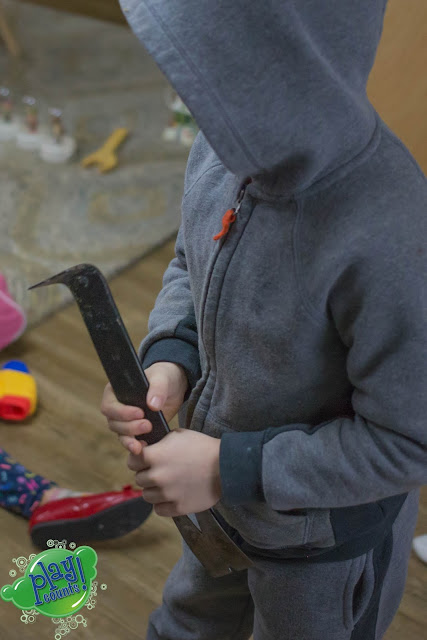 I then grabbed the 4x4 that we use to hammer nails into.  It was full of nails that could be pried off with a crowbar.

Oliver's interest in crowbars quickly spread to a few other children as well.

Following their lead, I quickly added hammers and goggles and more nails, as some children hammered, and Oliver used the crowbar.

I then stepped back and quietly observed.  I remained present, right there, in the moment, anxious to follow the next lead, but I was in the background of the action, rather then the center.

It didn't take long for the children to determine their own method for taking turns.

Patience was challenged as children eagerly awaited their turn with the coveted new tool.

Various techniques were tried.  Some failed, some succeeded.

Children were sharing with each other what they had learned while using the crowbar.

Children were assessing and managing risk.  They were actively being careful, rather than just being told to be careful as a dangerous object was removed from their hands.

Vocabularies were enriched as words like leverage and pry were used readily and correctly. 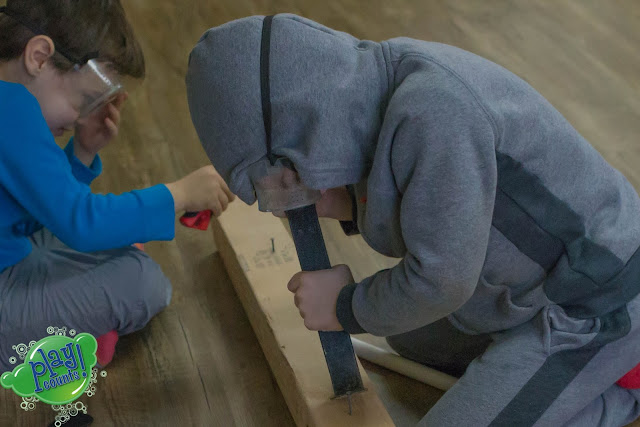 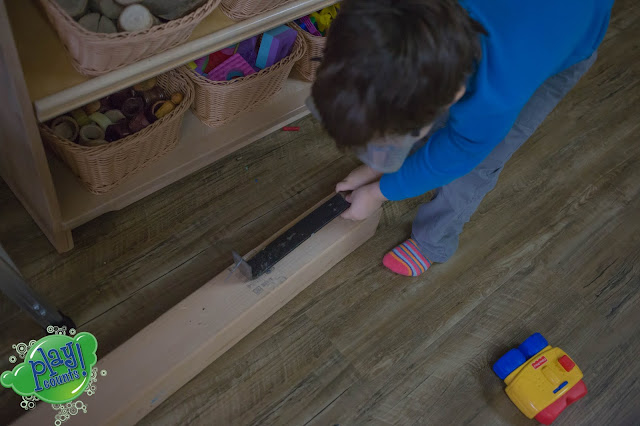 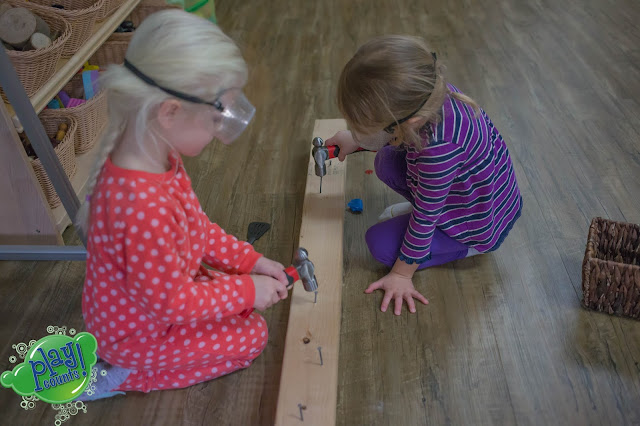 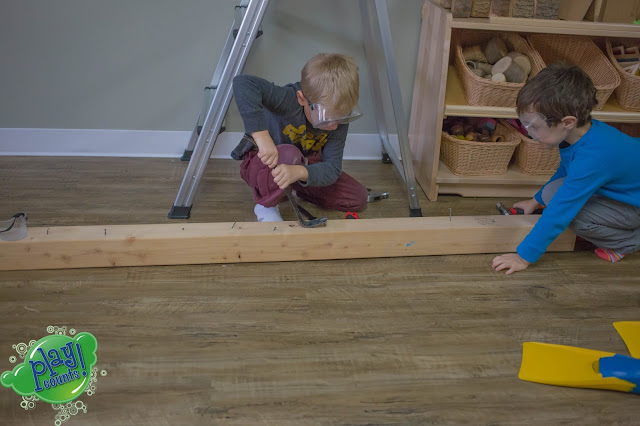 And to think, I used to limit the learning in December strictly to things that related to Christmas .....because that is what I wrote in my lesson plan book.

This beautiful child-led moment will go down in my memory as the day I was led to crowbars... and the learning that followed was more rich than ANYTHING I could have ever pre-written in a lesson plan book.

Following the lead of children creates joy-filled opportunities that are loaded with meaningful learning.


Denita Dinger is an internationally-known speaker and author who loves to share humorous, intentional and inspiring keynotes and workshops to anyone who has young people in their lives.
For more information, contact her at:  playcounts.denitadinger@gmail.com
Follow her on Facebook at Play Counts as well as her two programs:  Kaleidoscope Play School (her child-led play school) and Camp Empower (a school-aged summer play camp)
Posted by Denita Dinger at 3:48 PM